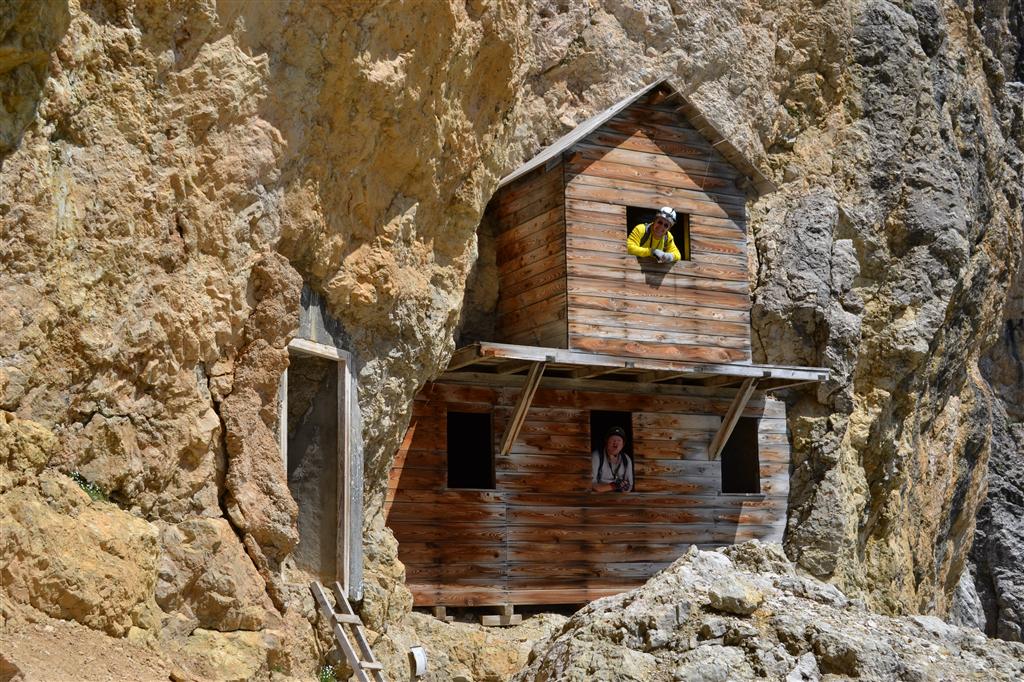 If ever one feels the need to be reminded of the stupidity of mankind, then the Via Ferrata that runs through the tunnels dug into Monte Lagazuoi would be a good place to start.

Miles of tunnels dug by Austrian soldiers to gain vantage points high on the mountainside, from where they were able to fire on Italian positions half a mile across the valley. And counter tunnels dug by the Italians to blow up the tunnels of the Austrians during WWI is all the evidence that you’ll ever need of man’s endless stupidity.

Opinions vary as to whether up or down is the best way to follow the Via Ferrata. I prefer going up, more or less in the same direction as the soldiers would have when they were digging and manning the tunnels. So, starting a few hundred metres above the cable car at Passo Falzarego, we followed the route through the tunnels, with gloves to hold onto the steel cables and head torches to light the way. The route is clearly marked and include various exhibitions of how the troops dug and lived during the three plus years they were digging into the mountainside. The exit is 600-plus metres higher and finishes just below the Lagazuoi Cable Car Station.

After a well deserved lunch at Rifugio Lagazuoi we made our way back via the Austrian path, back to Passo Falzarego.